These are my shorter posts, random thoughts, and 'microblogs'. Twittery-like thoughts... just click on the date on the post to reply/comment.


I’ve moved almost all of my microblogging to Mastodon so follow and connect there. 😃@euan@bjgp.social #microblog

I’m now on Mastodon. Get yourself signed up to a server and follow me there: @euanlawson@mastodonapp.uk #microblog

George Town, Malaysia. The child on the back makes me think of the Kuleshov effect - how we interpret that facial expression is completely dependent on the context. I’m inclined to think it is happy-terror but in a different context it could be very different. 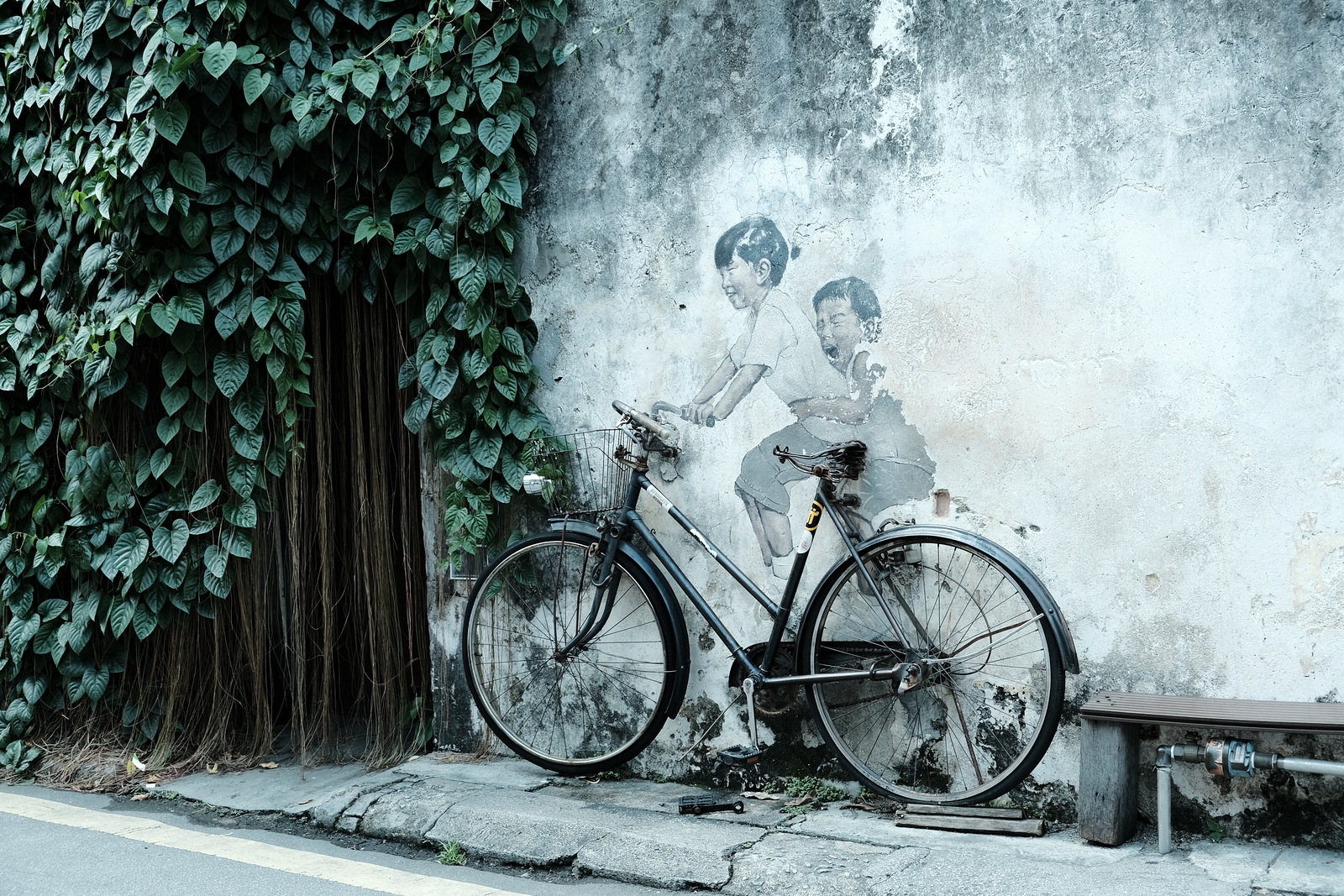 I love a good book list. (Now through 7 out of 10 of the 2022 Orwell Prize list.) I didn’t know the FT had a book prize. Here are 15 books worth a look. I’ve read Butler to the World by Oliver Bullough and have Nomad Century on pre-order - it is out in the UK on the 25th August. So, a few to go at here…

Finished the Editor’s Briefing for the August issue of the BJGP that goes to print this week. The issue is themed on cancer and I had cause to go back and read the late John Diamond’s C: Because Cowards Get Cancer Too. It was first published in 1998 and I don’t think it is over-egging it to call it a classic.

My Fourth Time, We Drowned by Sally Hayden has won the Orwell Political Writing Book Prize. And that is because it is superb. Harrowing, yes. Essential, absolutely. In a miserable sordid political climate where second rate ideologues can pursue policies as grim as the UK’s Rwanda migrant relocation plan this is a book that reminds us of the importance of committed journalism.

This storefront in Kendal is being stripped back revealing adverts for mintcake and chocolate. I wonder how old they are. 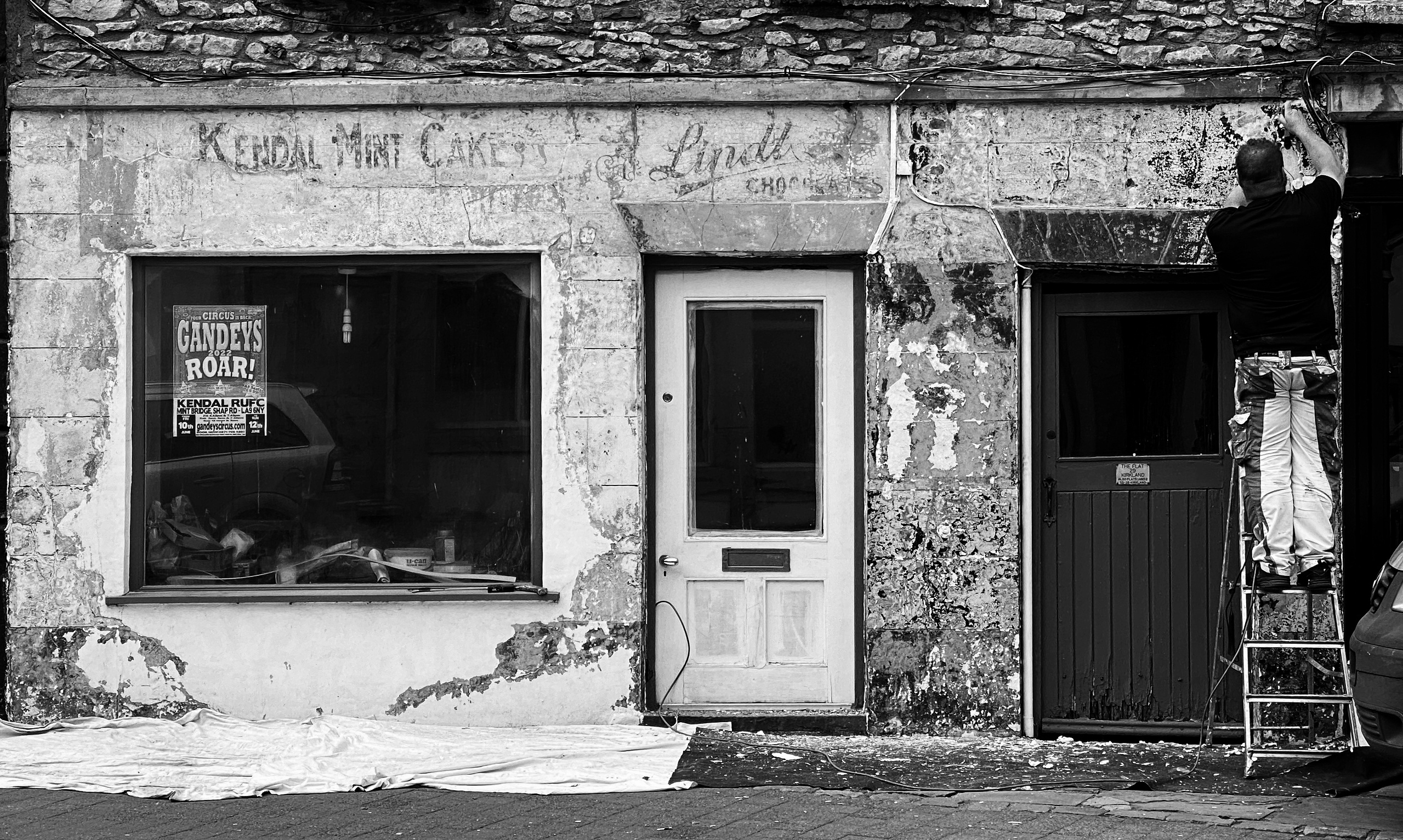 The dogs enjoying a cooling drink and a dip in Crosdale Beck this weekend. 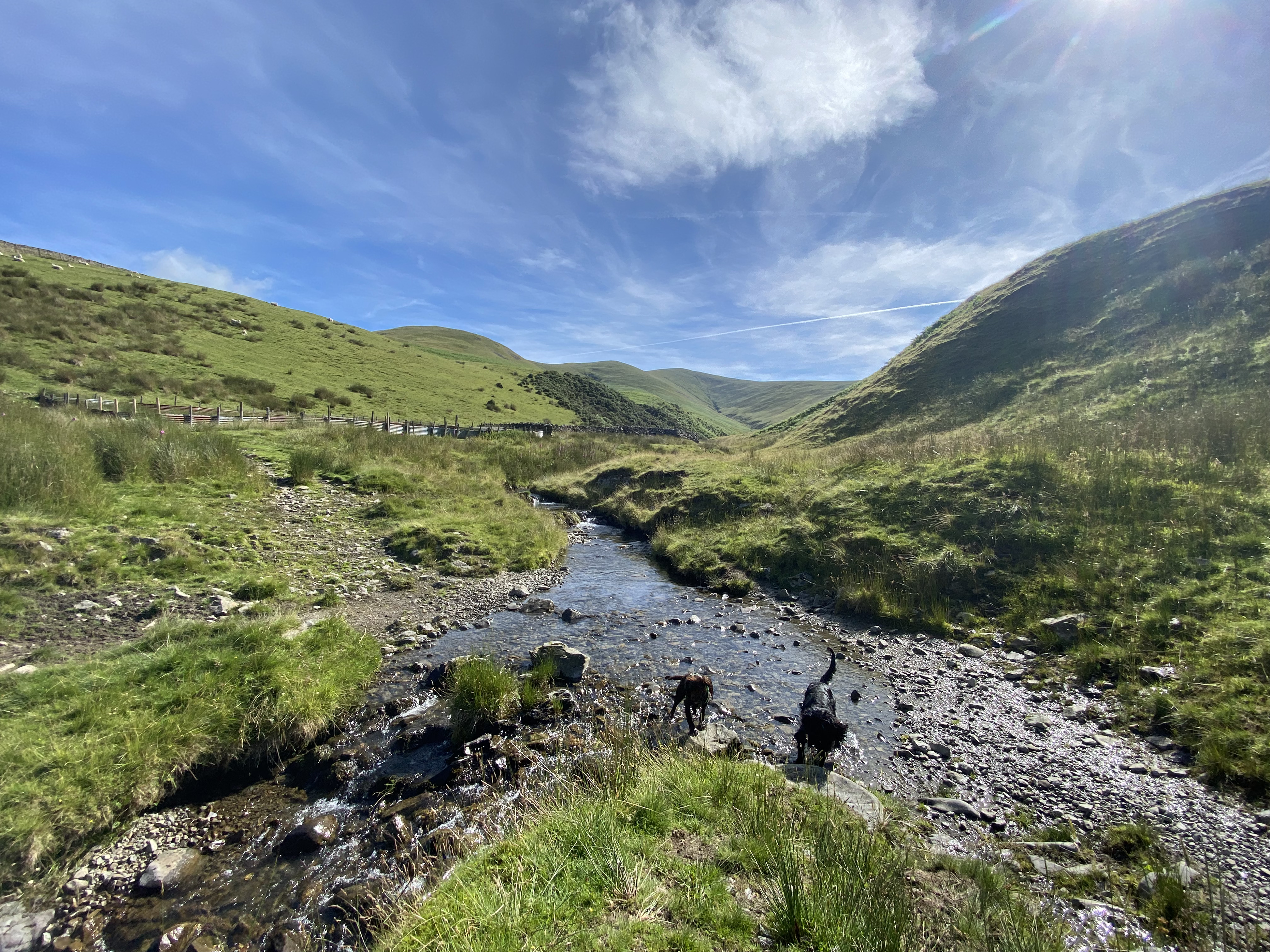 From the Guardian’s Andrew Sparrow today:

“…for the third time in six years, the prime minister of the United Kingdom is due to be chosen by around 200,000 Conservative party members (predominantly white men over the age of 60 living in the south of England). That is more akin to what happened before the Great Reform Act of 1832 than what you would expect in a modern democracy.”

From Politics live with Andrew Sparrow

Jeremy Hunt enters the Tory leadership race. He is fully aware of his moderate political positioning in a Tory party that dresses to the right. He has made it known that Esther McVey would be his Deputy PM. I still doubt Hunt will be extreme enough for the current crop of MPs but McVey as Deputy? Nasty.

The past few years have been a difficult time for political satirists with the likes of Dorries, Rees-Mogg, and Johnson in the cast list. Spare a thought for them now and the Tory party leadership contest. How on earth do you satirise leadership bids from Grant Shapps and Suella Braverman? #satireisdead

Dozens of new ministers being installed in Government by a zombie Prime Minister. None of them will know the brief or be able to make significant decisions. An interim PM could have re-installed the ministers who resigned to minimise disruption. Instead we are lumbered with a PM who has been sacked for having no personal integrity and ministers who had not been deemed sufficiently capable amongst the most talentless cohort of MPs in living memory. Shambles. Tory shambles.

Some thoughts on Billy Connolly’s book Windswept and Interesting: https://euanlawson.com/windswept-and-interesting-by-billy-connolly

Temperature inversions - they just never get old do they? My morning run up Winder today. 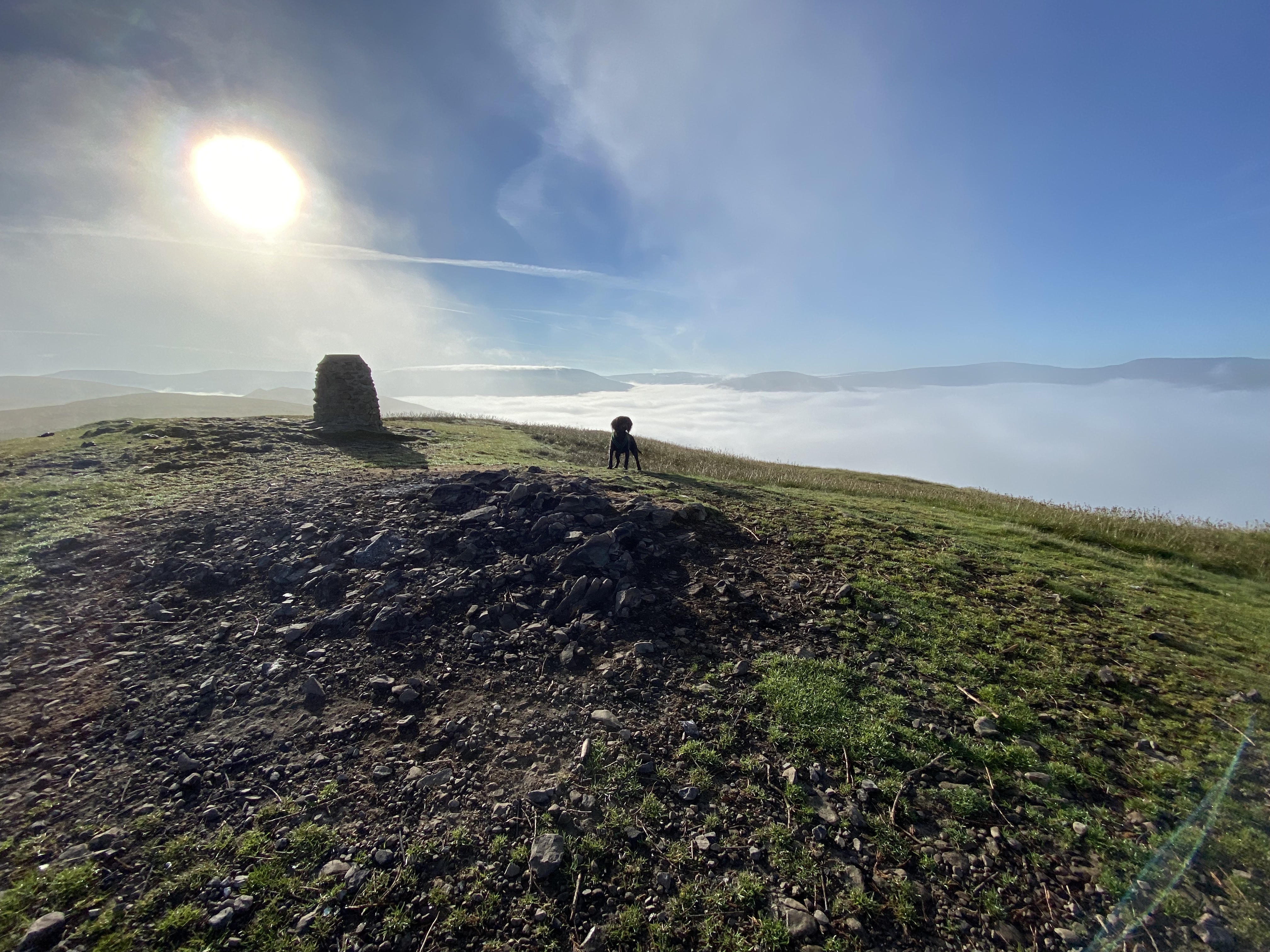 It might be in the very recent past but the history of the internet is fascinating reading in Ben Tarnoff’s book Internet for the People. And, while I am not sure the solutions are entirely clear, the problems of private ownership of the internet are certainly apparent. 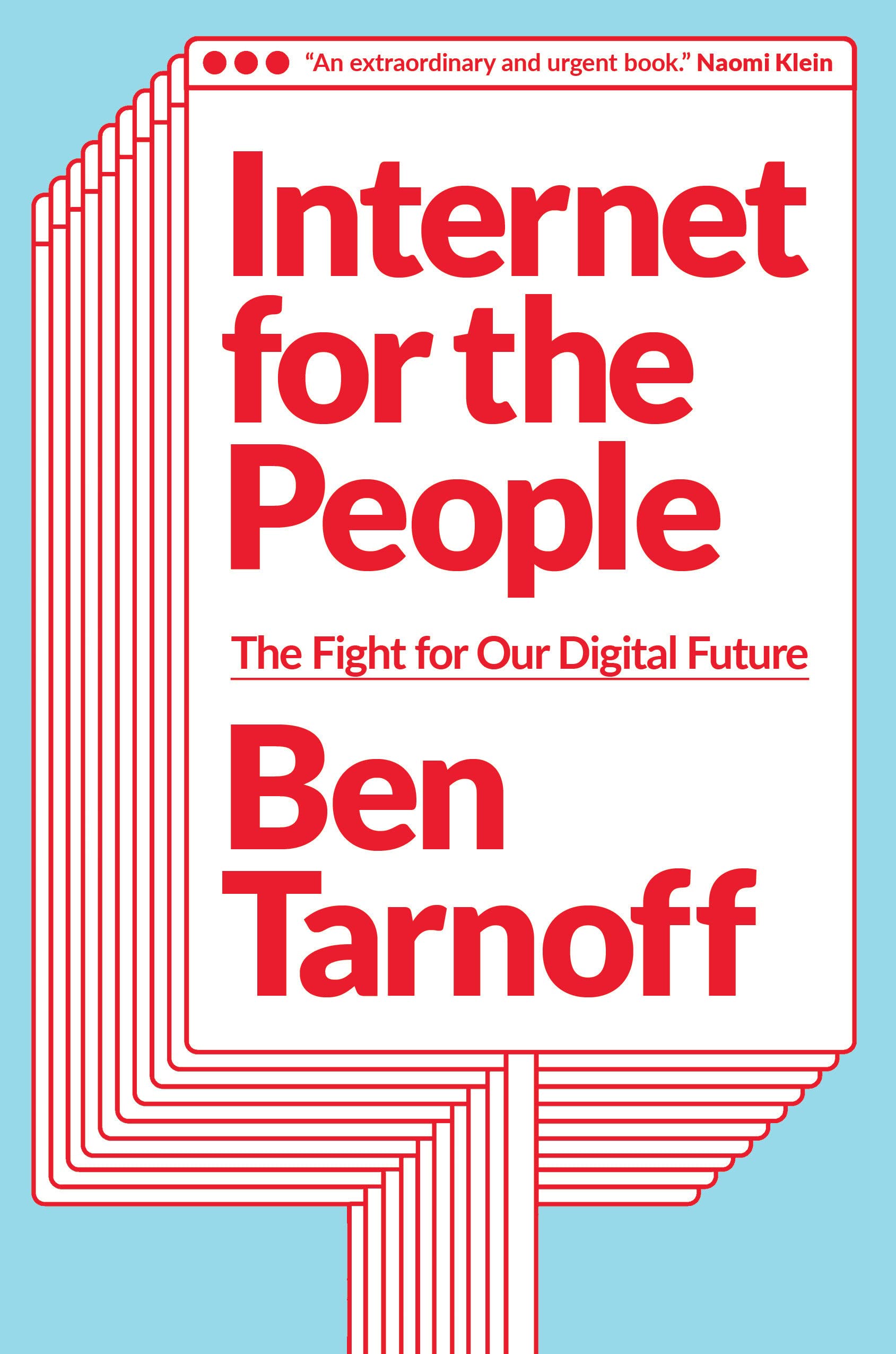 OK, just updated my DOI page ahead of speaking at the RCGP/WONCA conference: euanlawson.com/doi. As usual I have used the Internet Wayback Machine to log the previous version.

A few days ago I finished Do Not Disturb by Michela Wrong. This book is an astonishing work of journalism, understandably Orwell Prize nominated, casting a light into an appalling Rwandan regime successive UK/US and other governments have lauded. Potted version by Wrong here at the Guardian.

Quite the most remarkable, revealing book I have read in a long time. Try thinking about the UK plan to fly people to Rwanda after reading My Fourth Time, We Drowned by Sally Hayden. 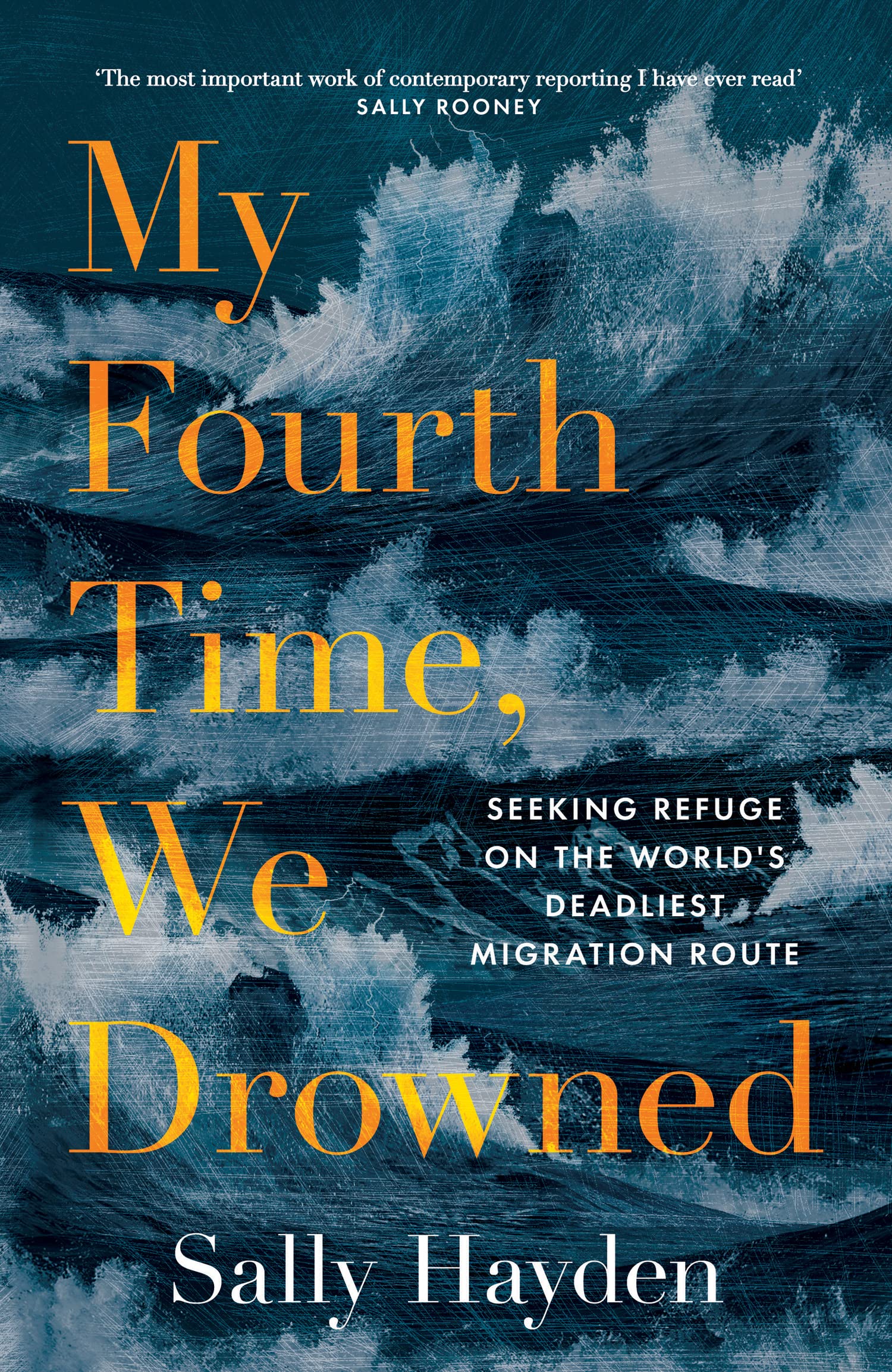 Tremendous news that the EFL taking some simple actions to help people who are colourblind. Premier League are laggards as one might expect.

Great article in the FT and rather wonderful quote from Peter Hennessy on asked what he thought of Starmer’s promise to resign if get a fine for breaching lockdown rules: “I think it’s exactly right. He’s an honourable man. History would record him very favourably. Why do I know that? Because I’m writing the fucking history, that’s why.”

Powerful emotional article in the FT about the death of a young man with epilepsy written by his sister. Recommended. https://www.ft.com/content/b2e9e0fd-b5fb-4a9e-91b6-f6b137e5a512 🔒

The song, This Is the Day, by THE THE, is still a regular for me and it sits on my running Spotify playlists. Fabulous to see a Guardian article about it but I can’t watch the YouTube video as it will wreck the images in my head: https://www.theguardian.com/music/2022/apr/25/how-the-the-made-this-is-the-day

If you are wondering what the hell a dead cat is, in political parlance, then read this excellent article by Sam Freedman on the Substack, Comment is Freed. It also does a brilliant job of explaining how politics largely works - spoiler - it’s usually cock-up rather than conspiracy.

There is an excellent short article in the FT today by Hannah White covering some of the detail around the consequences of Johnson’s lies and the importance of the ministerial code. It caught my eye as White has just released a new book three days ago, Held in contempt: What’s wrong with the House of Commons?, and I have it on my to-read list.

The book blurb suggests that White thinks the Commons is in decline and urges MPs to reform. The article is sharp and it bodes well for the book.

A charming article on how an elderly Spanish gent is selling his books rather than have them all dumped in a flea market when he dies and sold for a euro each. https://www.theguardian.com/world/2022/apr/22/barcelona-bookshop-gracia-albert-costa

Want to read more online essays and long reads but constantly distracted? If you have an e-reader then a combination of two free software options can really help. More here: https://euanlawson.com/reading-online-essays-on-your-e-reader

I’ve got the reading list up for February and March. I’ll also start highlighting some good long reads/essays as well.

Many of the reality programmes on TV now love to do that thing where they cut to the participant speaking to the camera as they describe the various tortures. And they all speak in the present tense. Who does that? It’s weird and contrived. Arguably, two attributes applicable to any reality show… but, once, you notice the present tense tic it is impossible not to keep seeing it. You’re welcome.

What? It’s not actually Friday yet? It’s Thursday of course but inevitably it feels like a Friday evening as the long Easter weekend starts. A book I’ve had on a watchlist for a few weeks came out today - The Trespasser’s Companion. One to savour over the holiday weekend and there may even be some scope for a wee spot of activism.🙃

The Trespasser's Companion is out today! It's a practical guide that tells you how to win greater access to the countryside, by researching, designing and performing your own trespasses of your local area. pic.twitter.com/D6PL1HOMq2

The email from the Right to Roam folk announcing it can be found here. They have a link to buy it direct.

Rishi tarnished, Johnson shameless. The announcement of the fixed-penalty notices for the Prime Minister and the Chancellor of the Exchequer has just been made. I’m struck by just how torrid a time Sunak has had recently. I wonder if he may resign - he could well take Johnson down with him and he may figure he could come back later. I’ve no doubt that Johnson will try to tough it out but it is all utterly damning.

The fact that @BorisJohnson and @RishiSunak then lied about it, and would have continued to do so if the police hadn’t intervened, is truly shameless.

They broke the law.

But even worse, they took us all for mugs.

Lakes in a Day. I thought my experience on Ring of Steall in 2017 was as much Type 2 fun as I could handle. What could possibly go wrong? 😀 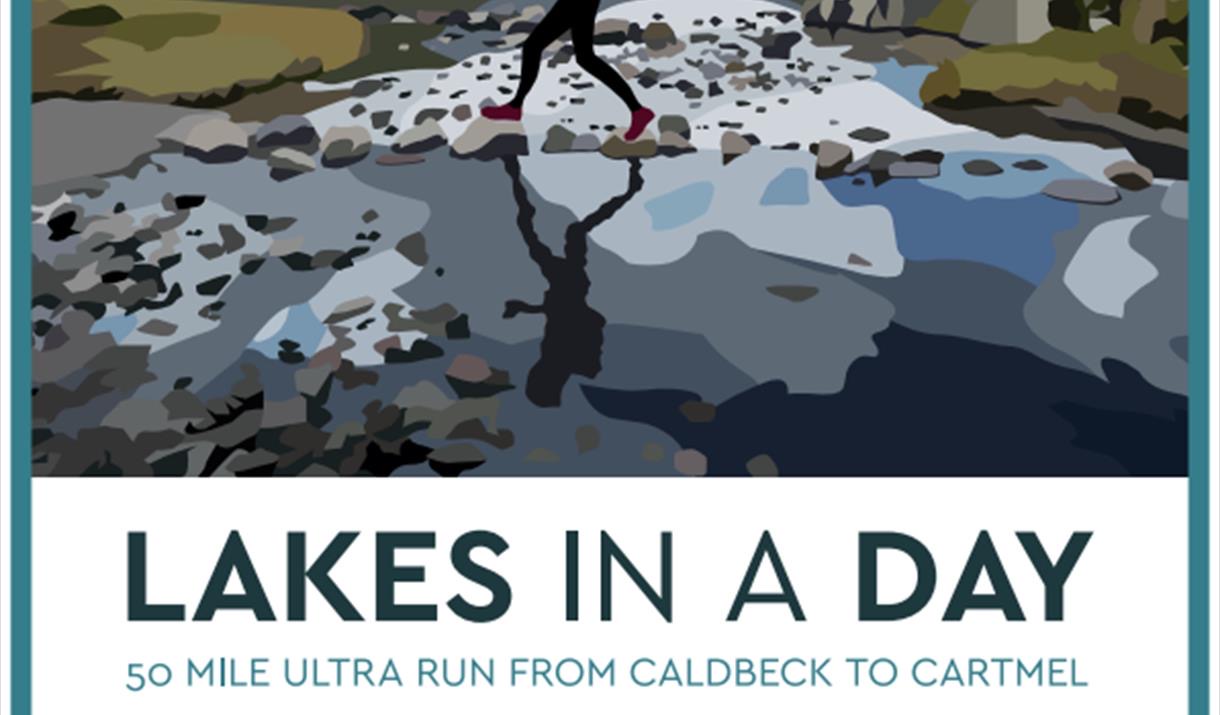 I’ve gone back to reading - quite a lot. I’ll post my reading lists again soon. Being off Twitter has re-energised me. Cathy Rentzenbrink has said that Twitter makes her “jealous, judgemental and jittery”. It’s a nice turn of phrase and even for a relatively light user I’m astonished, again, at the negative effects that are now dissipating. This Guardian article is a succinct summary of the problems and a reminder that despite the politico-media obsession, 72% of the population is not on Twitter.

If you haven’t already then make some time for the excellent Very Bad People by Patrick Alley. You have to admire the work of Global Witness and this is a tremendous account of their early days and investigations. Loved it.