I want to ensure my interests are completely clear. I’ve added more detail than one would usually find and I’ve also now provided an option to look at previous declarations.

I’m noting down existing DOIs and, as time passes, it is inevitable there may be historical DOIs as well. I will always try to flag historical interests where I think they are relevant but having them all on the page quickly becomes unmanageable. It’s the fundamental problem with annual declarations — it’s easy to let an inconvenient venture, relationship or project drop off from a few years back in the hope that no one notices… And websites with doctors’ declarations are often updated too infrequently to be of significant value - even the campaigners advocating for doctors to make full DOIs often have outdated declarations themselves. I don’t regard that as appropriate and I want this to be as transparent as possible.

I work as a clinical academic GP at Lancaster Medical School and I am paid, as is common for senior academic GPs (although it is not universal), on the NHS Consultant pay scale. I am contracted as external examiner for the Y5 course of the medical degree at Dundee University. I was appointed in December 2021 to be one of a group of mentors to the primary care department at CMC Vellore, India as part of a project run by the International group at the RCGP. This is unpaid and at the outset there was no expectation of travel - it is being conducted remotely. This year a delegation is travelling to India and is receiving some money to help with costs - I’ve opted out of travelling this year.

I work as a self-employed locum for my clinical work. Some of these are in NHS general practices. At present most of my clinical work is in substance misuse settings in Blackpool. (Ironically, this is now regarded as private work, at least by the medical indemnity organisations, as substance misuse services are now entirely subjected to damaging tendering and re-tendering processes that are commissioned by local councils. Sometimes those contracts are won by the NHS, other times by companies and social enterprises, effectively removing them from core NHS services. However, I digress… ) My self-employed pay, by the time annual leave, pension, and additional indemnity premiums are taken into consideration, is comparable or less than my University pay.

For many years, I wrote the Clinical Update for the Substance Misuse Management in General Practice (SMMGP network) but stopped around mid-2016. I re-started in 2020 with updates for them as the newly branded Addictions Professionals. I am paid for those — at the time of writing they have a standing advert with full details.

In the past, I was the editor of the Harm Reduction Journal.

I was on the Expert Reference Group for the Dame Carol Black Independent Review on Drugs. In March 2021 I joined a DrugScience working group on Safe Injection Facilities.

Since September 2020 I have been the Editor of the BJGP. Initially, this was as Acting Editor but I was appointed formally in May 2021. I was appointed as Deputy Editor in 2013 and I am paid as an external consultant by the BJGP in line with RCGP standard rates.

I am not a member of any political party. I am a member of the Fabian Society. They describe themselves as an “independent left-leaning think tank and a democratic membership society with over 7,000 members. We influence political and public thinking and provide a space for broad and open-minded debate.”

I’m on the Expert Working Group for the Labour Campaign for Drug Policy Reform. 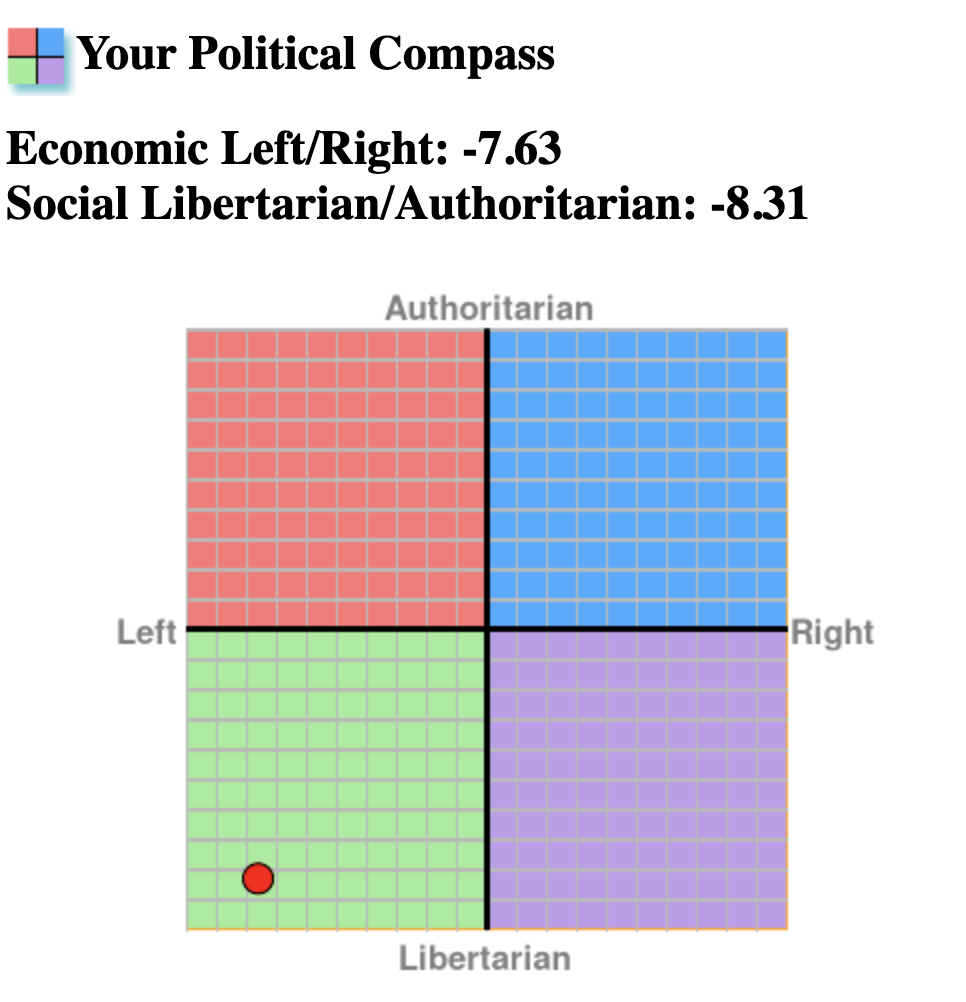 This is more nebulous but I do think political beliefs can be an important declaration of interest. Describing oneself as on the ‘left’ or ‘right’ is rather inadequate. The website Political Compass offers a simple tool for a slightly more nuanced approach. The image shows where I sit.

I receive royalties for two books: The Healthy Writer and GP Wellbeing: Combatting Burnout in General Practice. I’m a member of the Society of Authors.

I am a director of a limited company, Greenmantle Medical Ltd. My editorial work and book incomes goes through the company. I plan to use it for future independent book publications.

That’s about it. I don’t have any other sources of income. I have never been paid by any drug companies or the pharmaceutical industry and they’ve not given me honoraria, or funding for conference fees and travel to exotic conference locations. I’ve not received other consultancy fees or similar from Pharma. I do, as part of my BJGP role and my work at the university, claim expenses for attending relevant conferences, meetings, and CPD.