What I love about this research paper is that I simply hadn’t heard of mobile consumptions rooms before I found it.° It cheered me up to find out about something I didn’t know - there’s just that frisson of excitement of learning something new and it immediately clicking. Mobile consumption rooms? Of course! Great idea.

I’ve been well aware of the evidence around supervised injection sites or drug consumption rooms for a long time. Obviously, having edited the Harm Reduction Journal they are in perfect alignment with that harm reduction philosophy and the Vancouver project has always been particularly research active. 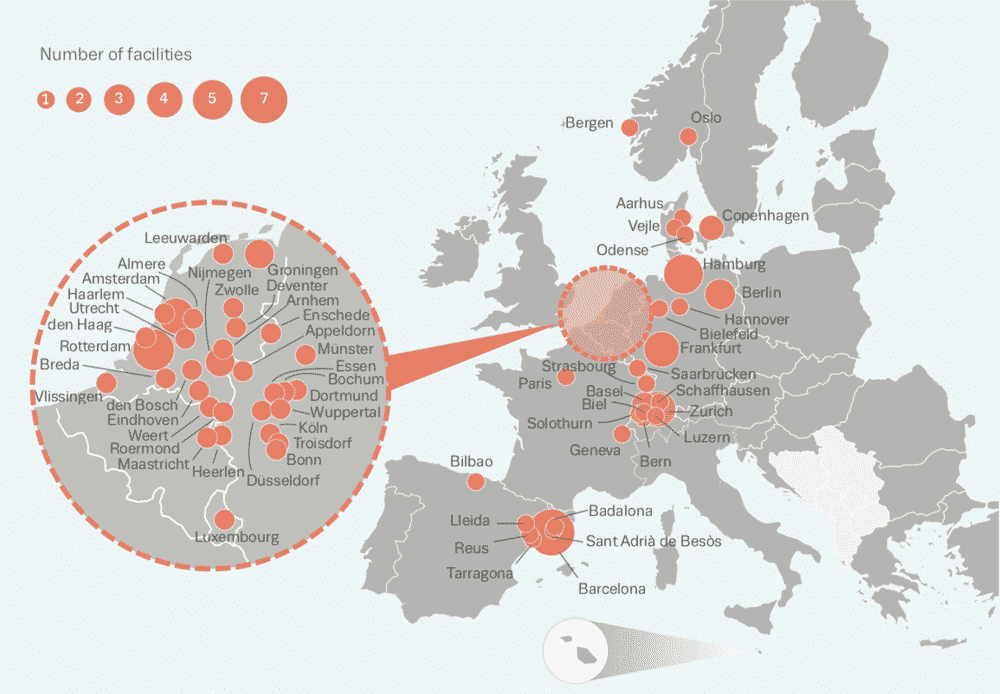 Facilities in Europe. Image from http://www.emcdda.europa.eu/topics/pods/drug-consumption-rooms_en

Portugal is well known for their radical drug policy when their 1999 National Drug Strategy shifted them away from repression and punishment. They embraced an ethos of pragmatism and 2001 legislation included the provision of drug consumption rooms (DCRs). One limitation was that DCRs had to be in areas where the population was not as dense - not very handy for providing services in the heart of cities.

They found an incredible willingness amongst users to take advantage of the facility. The participants cited reasons such as: security, fear of overdose, and police violence (89%); privacy (89%); hygiene and access to a clean space (100%); and support from a specialist team (78%). The main reason not to use a mobile consumption room was if they already had a space to consume and only a couple of people stated they would be ashamed to consume in front of a technician.

One of the major difficulties with drug consumptions rooms is getting politicians and local residents to buy into it. Less public injecting and a reduction of needles and syringes in public places are obvious benefits. Yet, understandably, there is always going to be a lingering nimby-ism around a drug consumption room. The mobile facility can sweep aside many of those concerns around planning and it can also respond to demands in a flexible way.

If you want to read more then I highly recommend the European Monitoring Centre for Drugs and Drug Addiction (EMCDDA)° for a briefing. They also have a PDF version° of the report. The image used is from their site and you can see that DCRs, while certainly not approaching universal coverage, are not a fringe concern. The Transform Drug Policy Foundation° also has a briefing paper° and that has a nice little picture of a mobile drug consumption room van (the only one I can find).

Blackpool is still dancing This is the week that Strictly Come Dancing bigs up Blackpool. They all build up Blackpool and the Tower Ballroom and there is tremendous

Gender bias in clinical case reports Some of the best books are the ones that tilt your perspective completely. I’ve been working my way through Invisible Women: Exposing Data Bias in a