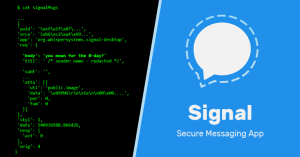 If you want to move a little further away from Facebook and Mark Zuckerberg then you may wish to consider giving up WhatsApp. It was acquired by the Big F in 2014 and they paid a cool US$19 billion.

The best alternative I have found is Signal app.° It is an open source project that is supported by grants and by donations. There is no profit motive and it’s there to support the users. It works beautifully on my old iPhone, has an Android app, and the desktop app works well too. It was one of WhatsApp founders, Brian Acton, who set up the Signal Foundation and developed Signal after he left WhatsApp in 2017. In fact, it’s the end-to-end encryption technology of Signal that provides the privacy backbone in WhatsApp.

I don’t feel that concerns about my privacy are that great. I don’t have any concerns that the government is going to hack me. And, as Signal makes clear, WhatsApp is very secure - though it does attract more hackers’ attention than other platforms. I just think Facebook’s completely dominance of this market is damaging. Facebook is, in this article from Wired°, “a monopsonist of media attention”. I’m hoping Elizabeth Warren gets her wish and breaks up Facebook. Meantime, I’m just doing my bit to break out of the Facebook stranglehold and Signal makes it an easy decision.

Home visits and GPs There is just one story that is getting bandied around in GP circles this week. It’s the Kent Local Medical Committee (LMC) motion,° debated at the