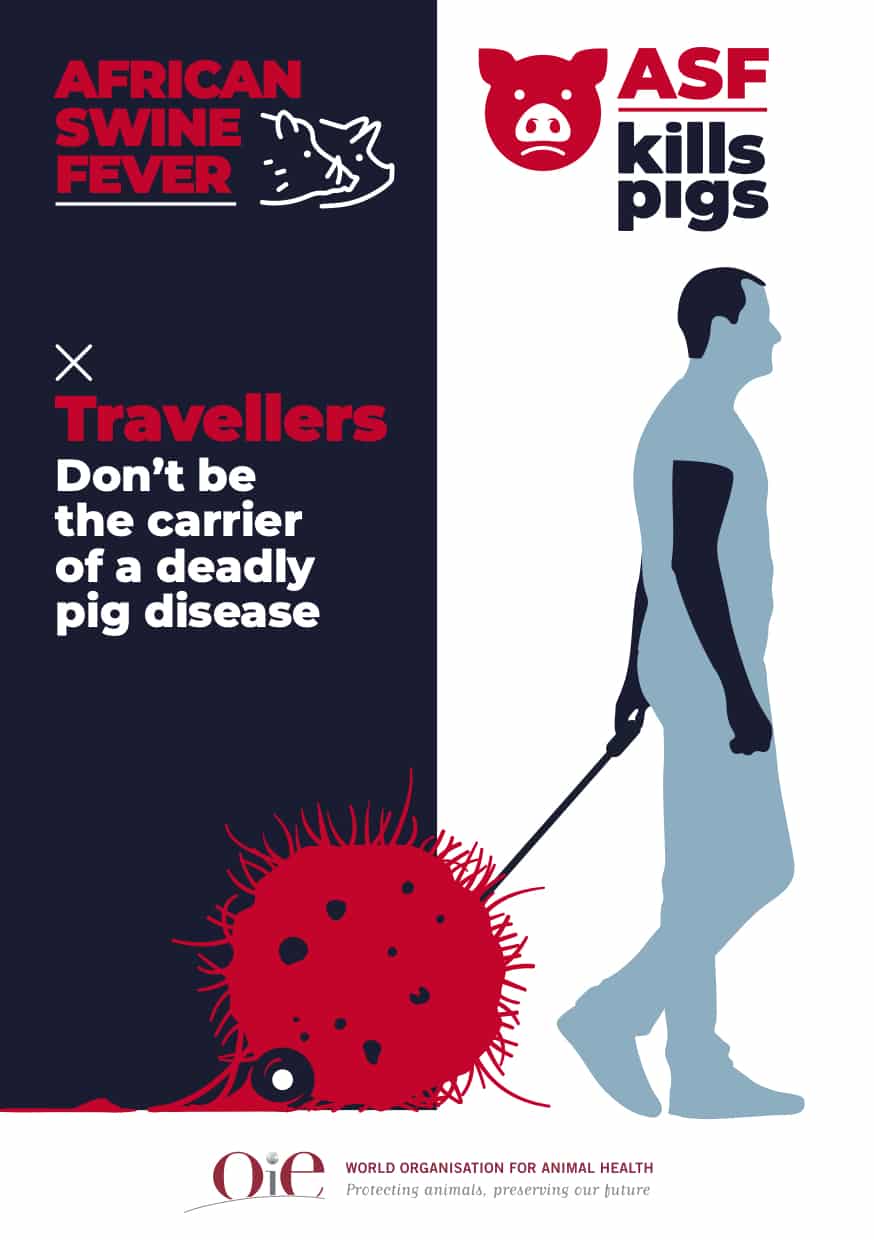 African swine fever (ASF) is cutting a swathe through the pig population. Who knew? There is a World Organisation for Animal Health°, which I will admit I didn’t know existed, and this is the fact that staggered me: they expect a quarter of the world’s pig population to die of African swine fever. As pig pandemics go this would seem to about as devastating as one can imagine. It all started in sub-Saharan Africa and has slowly spread out to neighbouring countries and pushing into Asia. There were confirmed outbreaks in Bulgaria and China in 2018.°

It is caused by a virus and has a near 100% fatality rate in affected pigs. The good news for us humans, ignoring the farming-related impacts, is that there is no apparent spread into our own species. There is no vaccine. As a pandemic virus African swine fever has plenty going for it - as well as direct contact spread it can also survive in processed animal meat for months. It seems its progress is inexorable and, closer to home, wild boar populations in Belgium have been found to have it. Will the UK be affected? It seems to be a when-not-if scenario.

Given the incredible mass of humans on the planet, the increase in travel, and climate change with environments being altered, the chances of some pathogen making a leap from wild or domesticated animals to humans and ripping through us are high. I highly recommend David Quammen’s book Spillover° for more on this. It is brilliant. African swine fever may have gone under the radar, at least here in the UK, but the looming aporkcalypse could offer some interesting, if worrying, insights to the progression of a future pandemic.