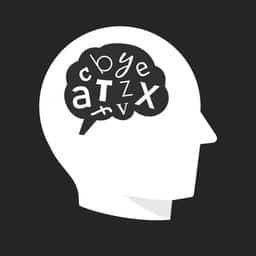 I’ve been making an effort to commit some poetry to memory. I wouldn’t describe myself as an avid poetry fan, I have a very modest collection of books, but I do get an enormous pleasure from being able to recite a few verses from memory. It is deeply satisfying and they make good company.

I recently discovered a rather brilliant app, Memy°, for the iPhone. So, with apologies to Android users, I thought I’d race through a quick review of its features.

You can adjust the text size - I’ve gone very small here so you can get a feel for the way the app works. The poem is a classic, Ozymandias, by Percy Bysshe Shelley. (We used to have a tortoise called Percy named after the poet - a play on the last name of course. Ahem.) 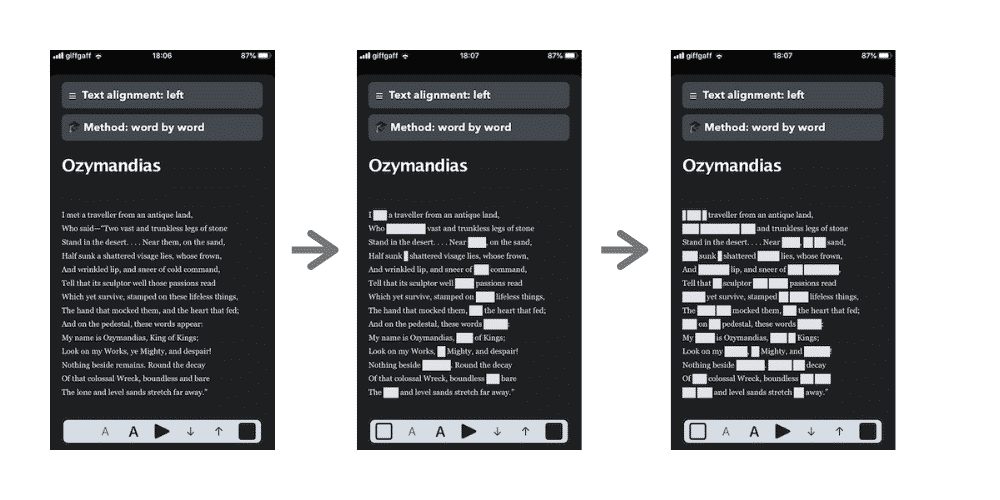 There are three different methods to help you memorise and the one shown is the most common. You read the poem a few times and then the fun starts. The app blocks, randomly, a word from each line. Read it again until you are confident you know the missing words. You click a button and it then blocks two words from each line. Read again. And, so on. Keep going and you will, eventually, have it memorised. A long press anywhere on the screen gives you a brief glimpse.

Folders. It has folders for organising your poems. The folder system is a little basic with no drag-and-drop and no bulk edit or move options. That’s all good when you only have a dozen poems. I’m planning to build my repertoire up over the coming months and years and I’d like to think there will be scores of poems in due course. It could get a little clunky. For the moment it works just nicely.

Importing and exporting. You can import and export back ups. This is handy for getting your poetry collection from one device to another. Actually, my preference is to save poems as txt files in Dropbox and the app allows you to import these (as well as rtf, html, and PDFs).

Not just poems. You can also use it to learn other stuff. Actors will find it helpful and there is the facility to remove some lines and sections from the memorising algorithms - handy, as you don’t need to learn everyone else’s lines in a script.

What have I learned so far?

I had a headstart with some of these as I had learned them years ago. But some of them are new to me as well. I’m also going to use it to learn some quotes and I have my eyes on some of the classic Shakespeare speeches. Here are five I’ve got solid again:

This Be The Verse by Philip Larkin°

Richard Freeman: former Team Sky doctor I read Richard Freeman’s book, The Line, last year when it came out. In July 2018 I sent an email to a magazine offering a review. I wondered if