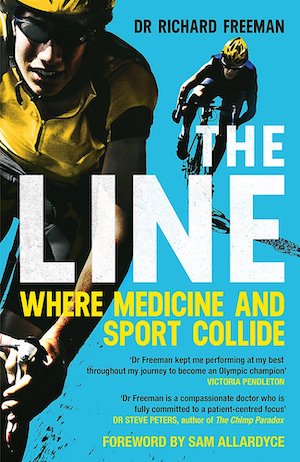 I read Richard Freeman’s book, The Line, last year when it came out. In July 2018 I sent an email to a magazine offering a review. I wondered if there were some serious professionalism concerns that had not yet been picked up. The jiffy bag story, the lost laptop, it all looked bad. I never wrote anything further and nothing was published. It wasn’t long after that the GMC eased in.

Sections of the book read like a long apologia - in the dictionary definition sense of being a statement of defence of one’s actions. It felt a lot like Freeman was already constructing a narrative of self-justification. And, I’m not particularly critical of that - it’s more-or-less nailed on human nature to do so. I wonder, given the revelations that are now emerging, whether the cognitive dissonance must have been off the scale and, more than anything, I feel sorry for Freeman. I’m inclined to believe he is, or at least was, what he said he was: a caring, person-oriented doctor. Given he has, by his own admission, lied then some bad decisions were made.

Reports are emerging° that Freeman has admitted he “told a lot of lies”. Obviously, the media are going to take an intense interest, particularly, if it offers any suggestion of impropriety on the part of Sky’s stellar cyclists. There’s a bit of me that worries that Freeman realises he was caught ‘bang to rights’ and is now coming clean to reduce his punishment, as can happen. A larger part of me hopes he is in a better place and had simply come to a policy of full disclosure as the best remedy for himself and others.

I’ve always been a little wary of doctors who get into sports medicine. It’s a discipline that has been obsessed for decades with the elites, the research is dominated by studies into young males, and there is very little to help the normal person in their life. It is also, I suspect, beguiling and many of the doctors enjoy that aspect. For me, and I love sport, it looks like an elaborate form of private medicine. Not my cup of chai. There is an intense culture around elite athletes and it’s one that I suspect could be all-enveloping. It would easy to get dragged into it. To make bad decisions. The GMC are alleging Freeman got some medication for the purposes of doping. We’ll see how it plays out. As per his sub-title, medicine and sport have certainly collided and he has been caught in the crash.

Healthy diets and the planet There is, as with society in general, increasing concern about planetary health amongst the medical profession. While clearly climate change can

Memy: Learning poetry by heart I’ve been making an effort to commit some poetry to memory. I wouldn’t describe myself as an avid poetry fan, I have a very modest collection of